Walter E. “Wally” Erickson was born on May 3, 1918 in Chicago, Illinois, the youngest of six children. His parents were Frank Edwin Erickson and Ellen Emily Runquist. Ellen immigrated to the United States in about 1903, and was closely followed by Frank. The couple married just after their arrival in Chicago.

The family operated a business out of their home in the Austin neighborhood of Chicago, digging basements for residences. A fire that occurred in the 1920’s destroyed their barn and equipment. The family moved to the farm of a friend near Olympia Fields, Illinois and later to a farm outside Monee.

For fun, Wally and his brother Allen would go to the dances held in Monee at the fairgrounds. At one of these dances, the two brothers met friends Ruth and Leona. Wally married Ruth Marie Elizabeth Diercks on 29 Nov 1947. Ruth was born Jun 19, 1921 in Monee to Henry and Adella (Behrens) Diercks. Leona Ethel Holl, the daughter of Christ and Esther Conrad Holl was born in Monee January 10, 1922. She and Allen were married June 4, 1944. 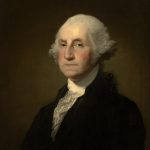 On March 14, 1942, Wally enlisted in the United States Army. He became a signalist, and his job was to man the radio and pass orders. After three months training he left for Europe on the Queen Elizabeth, landing first in Scotland and then travelling to Ireland for more training. He was in the United Kingdom for a year and a half when the orders came in to invade France. He landed on Omaha Beach, June 6, 1944, shortly after the first and most brutal wave of D-Day. The first order was to dig trenches for the men already killed on the beach. During an interview in 1993, Walter was asked how many men he saw die. He became quiet, and it took him a moment to answer. Finally, he said “The first evening, I went to bed it was dark. When I awoke in the morning there were three or four dead around me. They were probably there when I went to sleep.” Wally stayed in Europe until October 1945, and was one of the last to leave. Walter is the recipient of multiple ribbons and metals, and was honorably discharged.

After the war, Walter worked as a tool and die maker at Western Electric in Cicero. He and Ruth lived in LaGrange Park but spent the winters in Florida, near his brother Eric in the Sarasota.

He was a member of the Monee American Legion and the LaGrange VFW. Ruth and Walter were members of Grace Lutheran Church of LaGrange.

In 1993, Walter and Ruth traveled to his parents hometown of Uddevalla, Sweden, where Walter was able to see the house where his mother grew up.